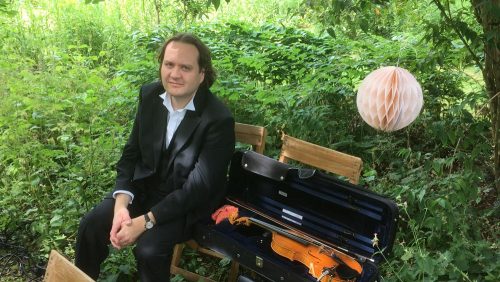 Hello, I am Dennis Wijntjens, since 1999 graduate violist privately viooldocent.

I o.a. played in the Cor en Co-orchestra o.l.v. de pianist Cor Bakker, o.a. with Lionel Richie, UB40, Al Jarreau
(TV recordings for the TROS). Below is my biography.

Dennis L.J.B. Wijntjens was in 1976 born in Geleen, Netherlands and grew up in Maastricht.

Dennis got in 1984, his 8you are a year of life, his first violin lessons from Paul Aerts (Belgium) in Maastricht.

From 1989 to 1991 he was also privéles for violin and music theory, as preparation his conservatory study.

In 1991 He was on his 15th, given his talent and young age, welcome till the training with your Conservatory, Hogeschool Maastricht with a cello teacher Nilla Pierrou (Sweden).

In 1992 he was welcome till the HACO training (CHALLENGE) of the former Jeanne d’Arc College , Maastricht, on a HAVO–Conservatory training in association with the Maastricht.

In juni 1994 he won there high school diploma.

There were also a year during the summer holidays masterclasses followed, o.a. in Germany and Belgium for Nilla Pierrou, André Gertler,
Adam Korniszewsky and at Sherban Lupu (VS) in Poland.

After his graduation Dennis has several years privélessen followed by several teachers Belgium and Germany. Also, there is musicianship at various ensembles and orchestras, o.a. in the aforementioned, diverse projektmatigeand at Arkansas Symphony Orchestra.

In 2000 Dennis is soloist the violin concerto a minor in J.S. Bach with Music Meuse conducted.

Also, there are from 2004 regularly studio recordings made for the Belgian composer
Wim Hautekiet. In January 2008 this was a CD from: Wim Hautekiet – Renaissance in Fives.

Dennis has for several years as a violin teacher replace at various music in the Netherlands (limburg).

Dennis also began construct of a own practice, giving violin in Maastricht e.o. This he did with so many enthusiasm, motivation and fun, that the dream of its own professional teaching practice wax born!

In 2003 he is like sole proprietorship professional begun giving vioollessen,
mainly on location.

In augustus 2006 was purified by Vera and Dennis the current Dutch company
“Wijntjens – Violin and Piano” established.

From the Netherlands to Belgium (and always return):

In 2002 properly Vera and Dennis moved to Belgium, town Riemst, not too far over the border of Maastricht. In these country area is made to your heart's content musicianship.

In 2003 are Vera and Dennis married, in Maastricht.

In 2004 was again moved, Now the municipality Lanaken near the village Kesselt, yet poet for Maastricht. Here we have lived with pleasure, but after a while we found out that living and working in different countries is not so convenient if you're a small business owner.

In 2011 we move back to the Netherlands and finally back to Maastricht (current address).
We are not now “grensgeval” more of the European Union, we work and live in one country,
what makes it a little easier.
Moreover, we are now centers, which we and our customers can reach us easily.

In augustus 2006 was purified by Vera and Dennis the Dutch company“Wijntjens – Piano lessons and violin lessons” established, with the purpose their appeal and passion, the giving violin- and pianolessen and the musicianship jointly expanding.

My current work include giving violin by all means, both our leslokatie, on location as online live video calls, and the musicianship o.a. in orchestras and ensembles, chamber music, mood music and studio recordings.

Further hears some there entrepreneurship, administration, bookkeeping and the webdesign for.

Do you want the , motivated, expert, patient and enthusiastic teachers, then choose played and.

Also for mood music, studio recordings and musical you can reach played and justly. 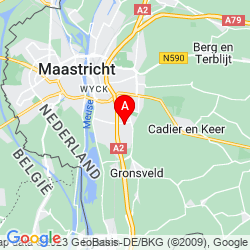