The theory in a nutshell 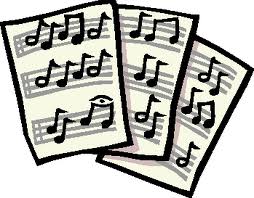 There are two systems for the appoint , Noten Namen:

The first is i.a.. in Netherlands and Germany used.
The second is i.a.. in Belgium and France used.
The above can also be used to translate, want C = Do, D = Re enz.

We will on this page both use designations (for example. C / Do).
We call above series on a scale which can further run to above or down.
From right to left on a letter lager is always a tone lower, , left to right on a letter higher is always a tone higher. All music based in some scale.
A scale can start on any early tone, which then also the name forms of the scale.

The end tone a scale is exactly eight consecutive show higher than the started showing, We call this distance a octave. For the translate to the second system we can use the first table: A=La, B=And, C=Do etc.. You learn to use both systems side by side.

We can be a scale also multiple octaves play, for example, about 2 octaves:

You can also indicate the octave with the aid of a figure.
On every C / Do changes the octave numbering with digits higher / lower and you are in a next / previous octave.
This is useful when we later use a tuning device with this octave numbering.
This figure is a tuning device the number of octaves, counted from the left-most C/Do of the piano or Grand Piano, meant. However, there is also a absolute system for advanced in order to denote them to the octaves, but let's also disregarded.

The same scale with octave designation:

We treat learning more votes here only the scale of C / Do.

There are all and semitones between two successive tones of scale possible.
A all ranges of is, of course, twice as large like a half distance, hold here note when voting !
There is standard on a semitone the show between E – F / Mi – Does and between B – C / And – Do.
Between all other notes the scale is a all toonsafstand.

A all toonsafstand thus consists of two semitones. Between each whole show away matches another tone, on a increased tone a semitone higher is dan de normal toon.
This increased tone denoted by a # (cross).

The same scale but with all semitones between:

It is also possible a tone with a semitone , lower, but let's just aside here.